October 2021 sees another milestone in the history of Cray Valley RS Radio Society. See the history page for a brief account of the formation of the Cray Valley Radio Transmitting Club in 1946. For a much fuller account, you may wish to buy Bob Treacher's book 'The Cray Valley Years'.

We plan to mark the anniversary with a Special Event Callsign, to follow on from GB60CV and GB70CV. Operation will be from the club's well-equipped shack, and optionally from the home QTHs of some members. There will be a social event, restrictions permitting, though this will be on a smaller scale than the 70th anniversary when both the local MP Clive Efford, and the RSGB President Nick Henwood G3RWF were present as guests of honour.

In the lead-up to the 70th Anniversary Chris, G0FDZ put in a huge amount of work to collect an archive of club activity going right back to the 1940s. The collection is mainly photographs, but also has videos, magazine excerpts, articles, and members' QSL cards. For the 75th anniversary Chris will be updating the collection and adding material from 2016 onwards. The collection will be made available for sale on a 128Gb memory stick. Other merchandise is under consideration. 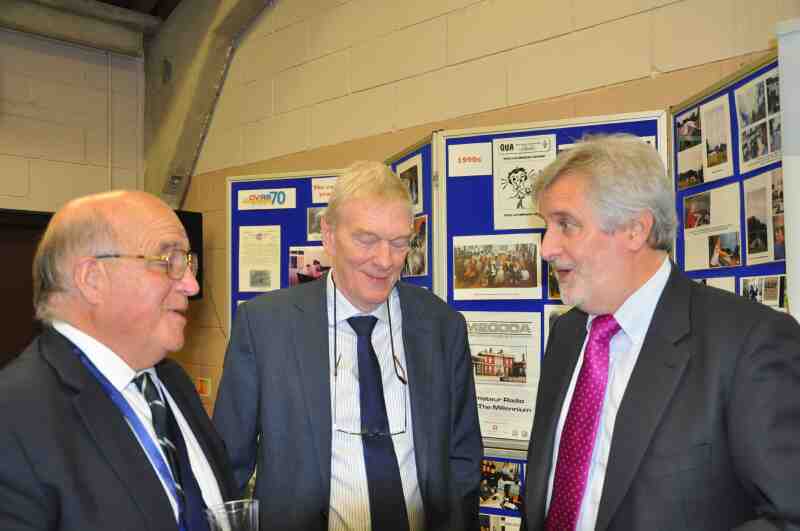