The Monach Islands, also known as Heisker, are an island group west of North Uist in the Outer Hebrides of Scotland. The islands are not to be confused with Hyskeir in the Inner Hebrides, or Haskeir which is also off North Uist and visible from the group.

Wikipedia tells us that the main islands of Ceann Ear (once home to a nunnery), and Ceann Iar, the most westerly of the three main Monach Islands and Shivinish (Sibhinis) are all linked at low tide. The islands of the group tend to be low-lying, sandy and subject to intense coastal erosion.

Shillay is the location of the Monach Lighthouse, built by David and Thomas Stevenson in 1864, but it was closed in 1942. Following the sinking of the oil tanker MV Braer in 1993, a new and much smaller lighthouse was built in 1997. This had a range of 10 miles (16 km); when a range of 18 miles (29 km) was deemed necessary, the new lighthouse was shut down in 2008 and the old lighthouse recommissioned with a new optic. Like all British lighthouses it is now unmanned and fully automated. 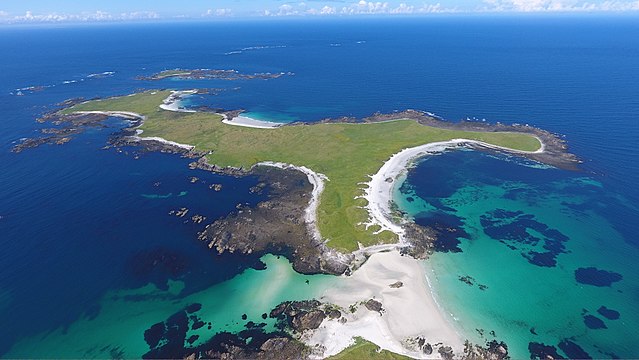 In 2007 renovations of the old schoolhouse were completed, enabling visitors to stay on the island, and learn about its history and wildlife. The old Heisgeir mailboat has also been restored at the Grimsay boatshed. The 28-foot motorised open wooden boat was built circa 1932 for the last family to leave the Monach Islands, and had lain unused at Lochmaddy before being rescued by the local history society.

From an amateur radio viewpoint, the islands are relatively rare. There have been a few operations, but none in recent years. From an IOTA perspective, they have their own island reference – EU-111 – so will be a highly sought after multiplier in the upcoming IOTA contest. 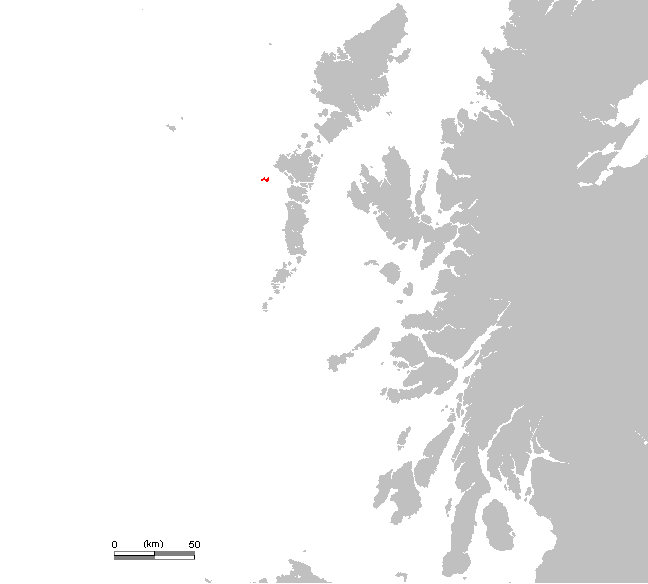 The team set off on Tuesday 20 July for the drive overnight to Oban and to catch the ferry to Barra the next day to arrive after a 4½ hour crossing. They stayed on Barra overnight. The next morning they took the four hour sea crossing trip to the Monach Islands for a beach landing.

The team were operational on later that day (Thursday 22 July) as GM3RCV and on the Friday they set up the rest of the station for the 24 hour contest on the Saturday (starting at 13:00 BST (clock time) on 24 July. For the contest using MM8C.

The team were then QRV as GM3RCV for 24 hour operation on all bands until Tuesday mid-morning, when they left the island for the trip home after overnighting at Barra again and arriving back home on Thursday 29 July.